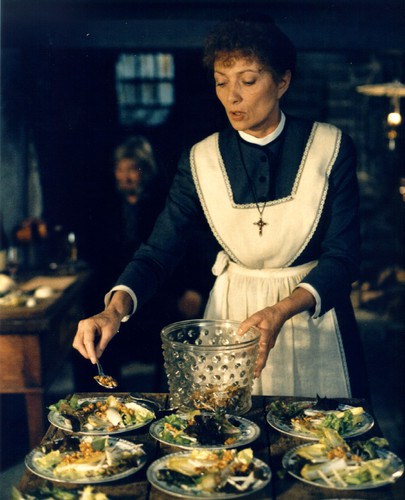 Long before people started posting photos of their food on Facebook, Instagram and Pinterest, there was the film BABETTE’S FEAST. The year was 1987 (yes, there was life before Facebook and the like) and Danish director Gabriel Axel gave us a film that was a visual feast for both the eyes and the stomach. I remember watching the film in the cinema with some friends and being inspired to try my hand creating something a little more ambitious than Marinated Pasta Salad. I’m sure the film inspired others to become bona fide chefs. (The film, by the way, went on to win the Academy Award for Best Foreign Language Film.)

Gabriel Axel passed away yesterday at the very august age of 95.

If you haven’t seen the film yet, or if you haven’t seen it in a while, I recommend you try to get your hands on a copy. That’s what I’m going to do. It’s well worth your time.. and you might get inspired too.