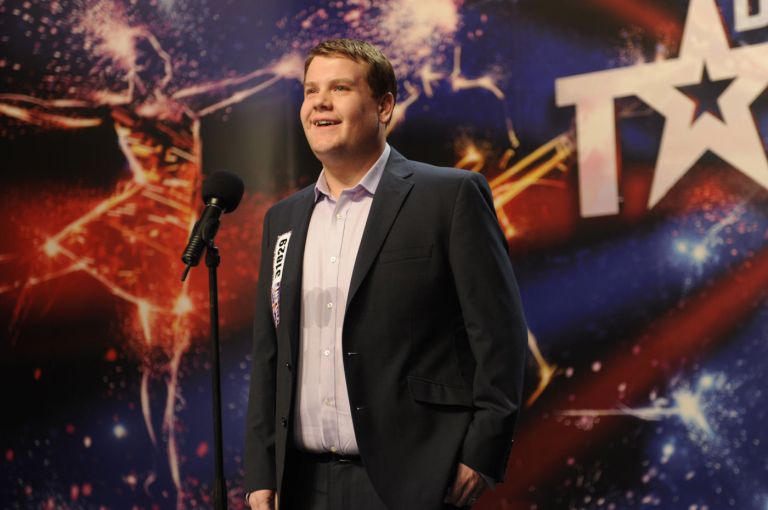 Like millions of people, my introduction to opera tenor Paul Potts came via YouTube. The morning after he had first appeared on Britain’s Got Talent in 2007, he was the subject of Internet chatter all over the world. I began the video, watching this rumpled mobile phone salesman with the broken tooth talking about his lack of self-confidence. Like Simon Cowell, I was skeptical. When the music started, I could see the transformation taking place in his eyes. His mouth opened and a sound came out that blew me – and everyone else – away. Here’s that life-changing video. Watch what happens to his eyes at the 46-second mark:

Paul Potts was the first global star to come from that talent show and his backstory can now be seen in the film, ONE CHANCE. Potts’ life is one where the Fates seemed to be conspiring against him. Overweight and having a passion for singing opera from an early age, Potts was regularly bullied by the neighbourhood boys. His father had hoped for him to be a just “normal” bloke – work in the foundry where he did, have a couple of pints with the boys after work and then head home to the wife and the TV. Fortunately for Potts, though, his mother (one of his four guardian angels) had other ideas. She encouraged his passion on.

His boss at the Carphone Warehouse was another of his angels. Braddon pushed him to join a local talent competition which gave him the funds to enrol at a prestigious opera school in Venice. While at the school, he met another angel – his singing partner, Alessandra, who insisted that they have to be the best singers in the class so that they could perform for Pavarotti, which they did. But his biggest angel was Julz, the woman he met in an online dating site and ultimately married. She kept picking him up and dusting him off after each of his setbacks (and he had many!). Potts is a very lucky guy. So many people live unfulfilled lives because they don’t have the support system he has.

The film’s strength comes from the acting and the obvious chemistry between the actors. James Corden plays the shy and humble Potts with the wholesomeness and honesty that makes you feel for him each time he runs headlong into another wall. The same can be said for Alexandra Roach, who plays his wife. (If the portrayal of Julz is accurate, if it weren’t for her, Paul would still be running the phone shop in their Welsh town, or worse, working at the foundry with the boys who used to pick on him.) Roach’s portrayal is both earnest and believable… and her Welsh accent is legit. MacKenzie Crook (UK’s The Office), who plays Braddon, provides the film’s comic relief but even he, too, flexes his acting muscles as Potts’ rough-around-the-edges, yet loyal friend and boss. Veteran actors Julie Walters and Colm Meaney (at his grumpiest best) round out the cast as Potts’ parents.

ONE CHANCE offers viewers not much more than what has already been written about Potts in the press but it is a feel-good, shmaltzy film where you cheer for the underdog even if you already know how the story ends. Would we want to have it any other way?

3 thoughts on “Movie Review: One Chance”