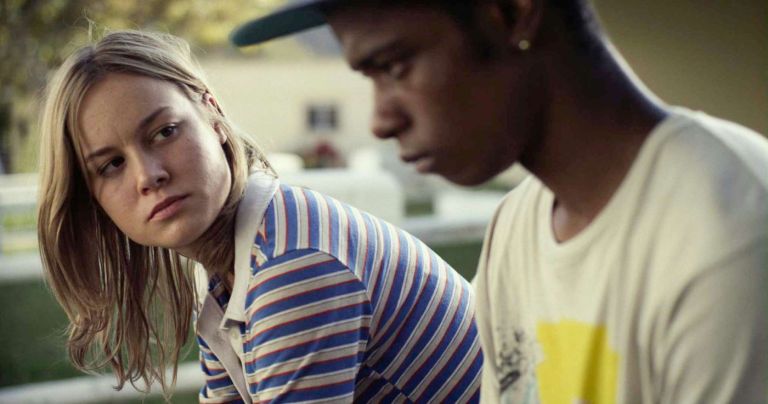 With SPECTRE and THE HUNGER GAMES dominating the box office of late, the cinemas won’t be showing anything worth our time and money until STAR WARS arrives in three weeks’ time. That makes it a good time to look at some gems that may have missed our attention. One of these is SHORT TERM 12, which was released in 2013 but never made it to Hong Kong. It stars Brie Larson, a name that may not mean much to you now but will very soon. Her latest film, ROOM, was released in the US yesterday and should make it to our shores in early 2016. The advance word on the film is extremely positive. It has been playing the festival circuit since September and has already racked up eight awards there. I mentioned Brie in one of my early reviews, DON JON. She has a very small part in that film but she makes it a memorable one. She also appeared in THE SPECTACULAR NOW, which was one of my favourite films of 2014.

Grace (Larson) works as a supervisor at a short-term group home for emotionally broken teenagers. The kids are supposed to stay there for less than a year – until the county figures out what to do with them – but, as we learn, some, like Marcus (Keith Stanfield), are there for more than three years. Grace and her three fellow counsellors have a huge job on their hands and it wouldn’t be surprising if they cracked under pressure but they all seem to be able to handle each day’s challenges with a heady mix of professionalism, empathy, humour, gravity and a bit of exhaustion. Grace, herself, is soft-spoken but she’s not afraid to enforce the facility’s rules – no closed doors, no profanity spoken, and no unauthorised leaving. Thankfully, most of the kids understand the rules and appreciate her tough love approach but there are a couple of kids who are still too deeply troubled to be able to stay on track all the time.

Grace’s guarded world slowly starts to unravel when three big events hit her at the same time – she learns that she’s pregnant; she receives word that her father will be released from prison; and Jayden (Kaitlyn Dever), a new charge, arrives at the home bearing emotional and physical scars that Grace seems to understand a little too well. Though she is well able to overcome the trust issues that the kids have, she can’t seem to be able to tear down her own wall, particularly when it comes to her boyfriend and co-worker, Mason (John Gallagher Jr.; TV’s THE NEWSROOM).

SHORT TERM 12 was written and directed by Destin Daniel Cretton, who once worked in a California facility similar to this one. His experiences there formed the basis of a short film of the same name that he wrote in university as his thesis project. It was released in 2008 to great praise. The long version of the film has been a festival darling since it premiered at the SXSW Film Festival in March 2013. There, it won both the Grand Jury and Audience awards, and 32 more awards at other festivals from Abu Dhabi to Mexico.

There are a couple of scenes in the film (Marcus’ rap song and Jayden’s children’s story) that will absolutely break your heart but this film is far from being mawkish. All the performances are delivered with such sincerity you may just think that these actors understand abuse on a firsthand level. Larson’s quiet and sensitive performance, though, really stands out in this work that is both solidly written and directed. As much as Grace would like to like to sublimate her own past, the events that surround her won’t let her. Through her, the kids and even Mason, we see that while you can cover up the scars, they remain with you long after the abuse ends.

SHORT TERM 12 is now available on DVD and through digital download.