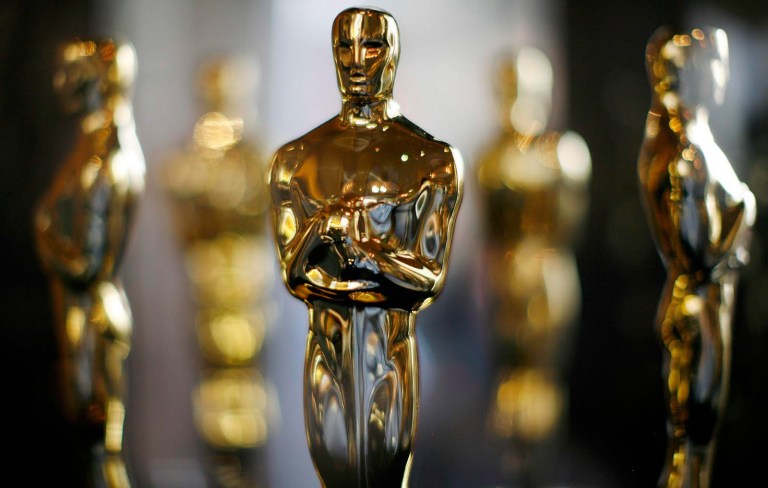 It’s getting harder each year to get excited about the Oscar Awards® and I’m clearly not the only one who feels that way. Last year’s telecast was watched by a mere 32 million people in the US, a figure that was the second lowest since 1974 – the year the event started being broadcast live. Accusations of sexual abuse in Hollywood, and allegations of a lack of diversity in both the nominees and the voting body, have severely tarnished the Academy’s image in recent years. Having a pedophile, an alleged rapist or a serial abuser walk the red carpet, accept a gold statuette or give out an award is just not good for business, which is probably why last year’s Best Actor Oscar winner, Casey Affleck, will not be presenting the Best Actress award this year. Not helping the situation is that the big category films often don’t make it into cinemas outside of Los Angeles and New York until January at the earliest and, as a result, few people outside of these markets have seen them by the time the ceremony comes around. That’s certainly the case here in Hong Kong where some nominated films — particularly those about and starring African-Americans — don’t even make it to our screens. Arthouse films don’t fare much better. Best Picture nominee, CALL ME BY YOUR NAME, is only opening here this week, whereas PHANTOM THREAD is only opening here next week.

If you are interested in watching the event, the Oscar Awards® will broadcast here in HK live on Monday morning (March 5th this year) starting at 6 am with a repeat telecast at 8 pm that evening. I’m too lazy to wake up that early and by the time the evening comes around, I’ve already heard or read about who the winners are. Instead, I simply watch the highlights of the show the next day. I’m expecting this year’s show to be a predictable affair as there seems to be a strong consensus among the voters as to which films and actors are their favourites. In any case, here are my picks for this year’s awards:

Actor in a Leading Role

The nominees are:
Timothée Chalamet, for CALL ME BY YOUR NAME
Daniel Day-Lewis, for PHANTOM THREAD
Daniel Kaluuya for GET OUT
Gary Oldman for DARKEST HOUR
Denzel Washington for ROMAN J. ISRAEL, ESQ.

The odds-on favourite here is Gary Oldman, who has already won a BAFTA, a Critics’ Choice award, a Golden Globe, a Screen Actors Guild award and many more for his transformative performance as Winston Churchill. I’ll be surprised if he doesn’t win here too. He is the whole film. It’s worth mentioning, though, that Timothée Chalamet, Daniel Day-Lewis and Daniel Kaluuya are all deserving of their nominations. I wish I could comment on Denzel Washington’s performance but his film hasn’t come to Hong Kong yet. He’s African-American, after all. 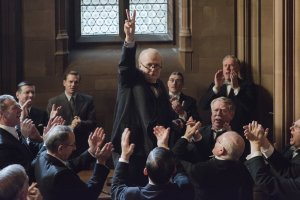 Actress in a Leading Role

The nominees are:
Sally Hawkins for THE SHAPE OF WATER
Frances McDormand for THREE BILLBOARDS OUTSIDE EBBING, MISSOURI
Margot Robbie for I, TONYA
Saoirse Ronan for LADY BIRD
Meryl Streep for THE POST

Frances McDormand is the heavy favourite here, already winning a BAFTA, a Golden Globe, a SAG, a Critics’ Choice Award and many more. She’s my choice here too, for her powerful performance. She’s the type of actor who doesn’t have to say much to convey a world of emotion. She just has to look askance or smirk and we know exactly what her character is thinking. On the other hand, I wouldn’t be too upset if Sally Hawkins wins here. She is also a wonderful actor and her performance was nothing short of fabulous.

Actor in a Supporting Role

Again, picking the winner in this category should be a no-brainer. Sam Rockwell has also scooped up a number of awards including a BAFTA, a Golden Globe, a SAG, a Critics’ Choice Award. My choice is with him too. If there will be an upset here, it will come from Christopher Plummer, who stepped into his role at the last minute after allegations of sexual abuse against Kevin Spacey came to light. I wish I could comment on Willem Dafoe’s performance but THE FLORIDA PROJECT hasn’t come here yet. It’s an arthouse film.

Actress in a Supporting Role

The nominees are:
Mary J. Blige for MUDBOUND
Allison Janney for I, TONYA
Lesley Manville for PHANTOM THREAD
Laurie Metcalf for LADY BIRD
Octavia Spencer for THE SHAPE OF WATER

Déjà vu, as Allison Janney is the overwhelming favourite here. She, too, has already won an armful of awards including a BAFTA, a Golden Globe, a SAG, a Critics’ Choice Award. My vote is for Allison too, as her performance as Tonya Harding’s acerbic mother, LaVona Golden, was… well, golden. If there’s going to be an upset in this category, it will come from Laurie Metcalf, who was wonderful as Lady Bird‘s mother, Marion.

By this time of the year, I’m usually up on my Foreign Language Film nominees but not so this year. I’ve only seen one of the five nominees – ON BODY AND SOUL (from Hungary; in Hungarian), directed by Ildikó Enyedi. I did enjoy this film but is it Oscar-worthy? I’m not so sure. The Oscar may go to The Square (Sweden; in Swedish), directed by Ruben Östlund, who should have received a nomination for his witty 2014 social satire, FORCE MAJEURE.

The songwriters behind LA LA LAND and Broadway’s Dear Evan Hansen, Benj Pasek and Justin Paul, may take home the Oscar for the anthem-like “This Is Me” from THE GREATEST SHOWMAN but my vote goes to “Remember Me” from COCO. I wouldn’t be sad, though, if “Mystery of Love” from CALL ME BY YOUR NAME wins. 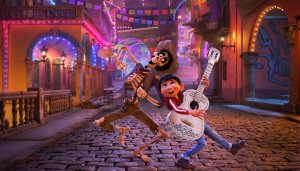 My virtual vote goes to FACES PLACES. (I believe this film will be coming to the Hong Kong International Film Festival next month.)

The nominees are:
THE BOSS BABY
THE BREADWINNER
COCO
FERDINAND
LOVING VINCENT

My vote goes to COCO, which was such a delightful celebration of family and Latino culture. If the Academy voters are going to show how inclusive they have become, here is where they’ll do it. On the other hand, LOVING VINCENT may stage an upset here for the painstaking work that went into its production.

The nominees are:
Christopher Nolan for DUNKIRK
Jordan Peele for GET OUT
Greta Gerwig for LADY BIRD
Paul Thomas Anderson for PHANTOM THREAD
Guillermo del Toro for THE SHAPE OF WATER

The nominees are:
CALL ME BY YOUR NAME
DARKEST HOUR
DUNKIRK
GET OUT
LADY BIRD
PHANTOM THREAD
THE POST
THE SHAPE OF WATER
THREE BILLBOARDS OUTSIDE EBBING, MISSOURI

For Academy voters, this probably came down to a choice between two films – THE SHAPE OF WATER and THREE BILLBOARDS. However, voting in this category is done differently. Academy voters are asked to rank their choices from 1 to 9. Therefore, a film that receives a lot of second or even third place votes may win the award. If SHAPE and THREE BILLBOARDS split the votes, something like CALL ME BY YOUR NAME, which is a great film, may just win. But I’m going to go with THREE BILLBOARDS because Guillermo del Toro will win for Best Director. I’ll be happier, though, if SHAPE wins. It was my favourite film of the year.