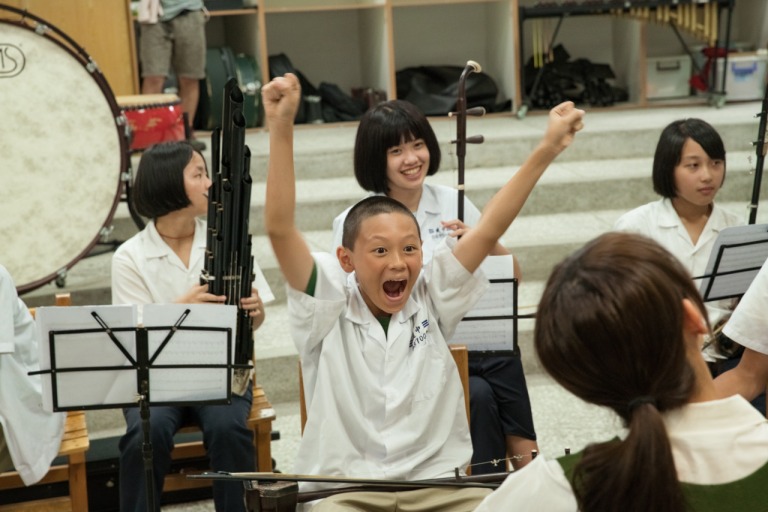 At 1:47 am local time on Tuesday, September 21, 1999, central Taiwan was rocked by a magnitude 7.3 earthquake. Known as the 921, or the Jiji, Earthquake (named after the location of the quake’s epicentre in Nantou County), it was one of the most powerful tremors ever recorded on the island and the most devastating since the 1935 quake in nearby Miaoli. With this earthquake, close to 2,500 people died, over 11,000 more were severely wounded and more than 100,000 buildings were either completely destroyed or severely damaged. For the small towns and villages that dot the area’s mountainsides, it was devastating. Families were decimated, homes crumbled, power lines fell and roads heaved and buckled cutting the people off from the rest of the country. Schools, too, became rubble heaps, forcing the students, who already had to deal with the deaths of their families and friends, to learn in makeshift shelters outside until new buildings could be put up. The story of the first year high school students (14-year-olds) in Zhongliao Township (located about 10 km north of Jiji) and their teacher who helped them get back on their feet is told in the triumph-over-tragedy film, TURN AROUND, from Taiwan. (The Chinese title translates to “Teacher, Will You Come Back?”)

Wang Cheng-chung (Mandopop singer, actor and TV host Jay Shih/是元介) is a student teacher who gets assigned to the rural school located in the middle of the island. Wide-eyed with youthful exuberance to put into practice everything that he learned at university, Wang quickly discovers that the school is woefully underfunded, the students are out of control and his fellow teachers are on autopilot. But, along with one of his colleagues, Ms. Hsiao-lun (Kimi Hsia/夏于喬), he tries to instill a bit of discipline in his students by getting them to participate in the county’s Chinese orchestra competition for schools. As the students start to respond to his passionate approach to teaching, Wang is called away from the school to fulfill his military service. Away from the school and all its problems, Wang looks forward to his next assignment hopefully at a better school but everything changes when the earthquake strikes. He returns to what is left of the school and his class, and resolves to continue working with the kids to help them rebuild their shattered lives and confidence.

Even with its similarity to TO SIR WITH LOVE, you can’t help but be moved by this story. Shih throws himself into the role and it isn’t long before you forget that he got his professional start in a boyband. It’s the kids, though, who really shine in the film. They are all wonderful to watch but the best is young Yuan Jen-fu, in what may be his first film role. He plays the pint-sized A-fei, who is one of the first in the class to change his behaviour, standing up to the pressure from his buddies who are much bigger and stronger than he is.

When I saw the film, I didn’t know it was based on a true story but about halfway through I said to myself that it has to be. Sure enough, as the closing credits roll, we see photos of the real Wang Cheng-chung with some of his students. Get ready for a lump to form in your throat if you don’t already have one by this point!

If you’re looking for a sweet, inspirational film to watch this weekend, this is a great choice!

Watch the review recorded on Facebook Live in RTHK Radio 4’s studio on Thursday, March 22nd at 8:30 am HK time!

One thought on “Movie Review: Turn Around (老師你會不會回來)”