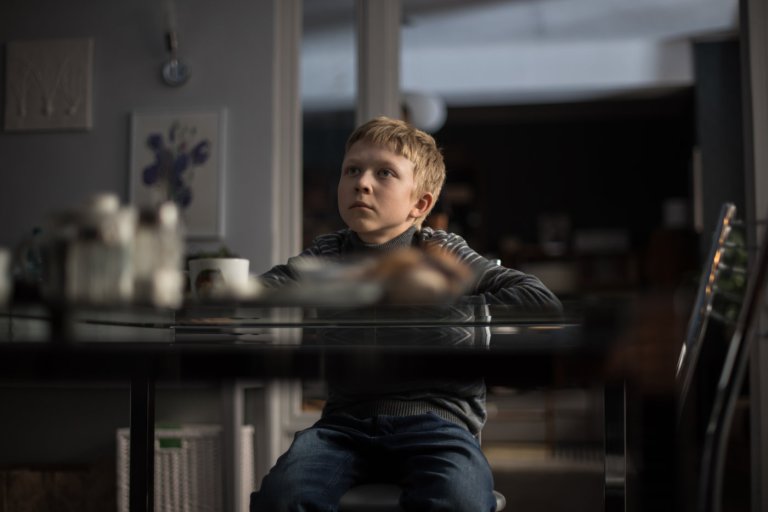 From the director of the powerful film, 2015 Golden Globe winner for Best Foreign Language Film, LEVIATHAN, comes another story of collateral damage in Putin’s corrupt Russia.

Zhenya and Boris are a middle class couple whose marriage is coming to an acrimonious end. Both already have already begun new relationships, she with a wealthy, older divorcé and he with a younger woman who is already pregnant with his child. Now they have to deal with selling their small apartment and deciding who gets custody of their 12-year-old son, Alexey. Neither of them wants him and their feelings on the matter are quite clear, especially to the boy. One morning, instead of going to school, Alexey runs off never to be seen again. As much as Zhenya and Boris would like to move forward with their new lives, they have to work together to find their son.

Once again, director Andrey Zvyaginsev makes it clear that he’s not impressed with what has become of his country or his countrymen. Both Zhenya and Boris are very selfish people, caring more about themselves than even their new partners, let alone for their son. In one scene, Boris discusses with a work colleague the theoretical repercussions of revealing to their employer that he may get divorced. It seems that religious conservatives are not just found in Trump’s America. They’re also found in Putin’s Russia and they’re just as powerful – and hypocritical.

The film spends a lot of time (perhaps too much) in the search for Alexey and we hope that he will be found alive and safe. However, we realise that even if that happens, what kind of life is in store for him with parents like that? The answer to that question is revealed in the film’s epilogue.