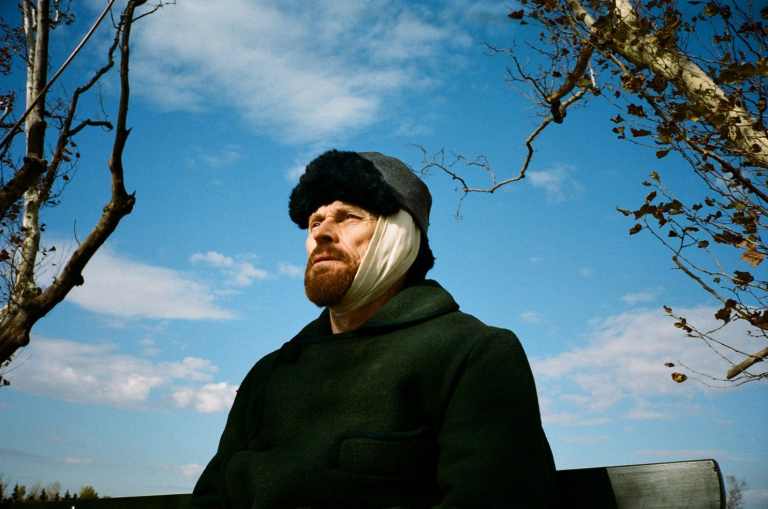 In limited release in Hong Kong for a couple of months now, AT ETERNITY’S GATE is finally coming to your neighbourhood cinema. The film, whose title is taken from Vincent Van Gogh’s oil painting, “Sorrowing Old Man (At Eternity’s Gate)”, recounts the troubled artist’s final years when he lived in Arles and Auvers-sur-Oise, France.

Today, van Gogh is universally recognised for his expressive brushwork and bold colours but while he was alive he was shunned by Europe’s art critics, dealers and collectors who, quite simply, just didn’t understand his vision. Often in ill health and experiencing episodes of psychosis and depression (many mental health experts today believe he may have suffered from bipolar disorder), the artist left Paris in 1888, seeking refuge in Arles. It was there where he completed hundreds of oil paintings, watercolours and drawings, capturing the rural idyll in his now characteristic palette of yellows, blues and greys. But his mental health continued to deteriorate, leading him to cut off his ear. At the age of 37, he died of infection from a gunshot wound that may or may not have been self-inflicted. (The movie adopts the less popular opinion.)

Willem Dafoe (AQUAMAN; MURDER ON THE ORIENT EXPRESS; A FAMILY MAN; JOHN WICK; THE FAULT IN OUR STARS) throws himself headlong into the character in what many people have called his greatest performance to date. Interestingly, Dafoe is 25 years older than van Gogh was when he died but every wrinkle on the actor’s weathered face seems so appropriate for such a tortured character. As good as Dafoe is, the film suffers from more than a little affectation but that’s not surprising given its director and co-writer, Julian Schnabel (THE DIVING BELL AND THE BUTTERFLY). The film was wisely shot on location, though much of it seems to have done just minutes before twilight and it doesn’t take long before the wobbly, handheld camera scenes of the actor running through wheat fields and along dusty country roads wear thin. Unlike last year’s highly stylized LOVING VINCENT, there isn’t much to see of van Gogh’s works here save for a few sketches and a couple of less well-known oil paintings. I can understand why Schnabel chose to focus on the artist rather than the art but can’t we savour the art too?

Not surprisingly, critics are taking to this film more than audiences are, praising Dafoe’s performance while turning a blind eye to the director’s overuse of a half-blurred lens and a deaf ear to the film’s highly repetitive piano score. I can see why audiences are bored with it. Maybe we just don’t know how to listen and our appreciation of the film will come much later on.

Dafoe’s performance aside, this is a take-it-or-leave-it proposition.

Watch the review recorded on Facebook Live on Thursday, January 3rd at 8:30 am HK time!

Sign up to receive my movie reviews in your inbox automatically.
Share this review on your Facebook page.
Leave me a message telling me what you thought of my review or the film.
Bookmark the site and visit often.
Like my Howard For Film Facebook page.
Don’t use Facebook? Now you can watch my videos on my YouTube page. (New!)
Check out my Howard For Film magazine on Flipboard.
Tell your friends about the site.