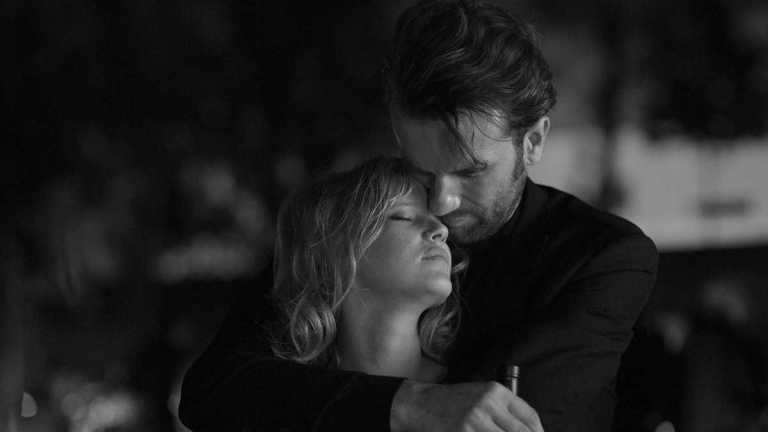 Oscar-winning director Paweł Pawlikowski (IDA) is back with another story about post-WWII Poland but this time it’s a bit more personal. Aptly titled COLD WAR, the story, co-written by Pawlikowski, Janusz Głowacki and Piotr Borkowski, is inspired by the director’s parents and the film’s main characters even carry their names.

The time is 1949 and Poland is emerging from the devastation of the war that saw five million of its citizens, 60 percent of those being Jewish, perish. Pianist and composer Wiktor (Tomasz Kot, SPOOR (Pokot)), ethnomusicologist Irena (Agata Kulesza, IDA) and Communist Party apparatchik Kaczmarek (Borys Szyc, SPOOR (Pokot)) are travelling from village to village recording the folk songs of the country’s various ethnic communities before the government uproots these people. (In an early exchange between Wiktor and Kaczmarek, the Lemkos are mentioned, which was one such group that was ethnically cleansed from their traditional homeland in southeast Poland at that time. Talk about cultural appropriation!) Their goal is to create an elite folk song and dance troupe to be known as Mazurek. With a repertoire of songs in their bag, they begin their auditions, which is where they meet Zula (Joanna Kulig, IDA), an ambitious and feisty, young woman who is on probation for stabbing her abusive father. Although Wiktor is much older, he is immediately smitten with Zula and it’s not long before they’re in a relationship. As Mazurek’s reputation grows, Party bosses insist on adding a few patriotic Stalinist numbers to the troupe’s performances. This represents a bridge too far for Wiktor, who decides to defect to the West at the first opportunity. Zula, however, opts to stay in Poland as she’s a somebody there. Over the next decade, the couple meet up from time to time in various countries on both sides of the Iron Curtain, and although both their lives have changed for the better and for the worse, their fiery passion for each other never dies.

Beautifully shot in crisp black & white, with a boxy, aspect ratio that is reminiscent of old eastern European films, COLD WAR could easily have been a three-hour epic in the vein of DR. ZHIVAGO. Instead, it’s a very efficient 89 minutes long, presented as chapters in Wiktor’s and Zula’s tempestuous relationship. Kulig is fabulous as Zula, portraying the character from being a wild teenager to a boozy woman who has seen happier days. (The actress is now 36 so kudos to the film’s makeup department for creating both looks!) The scene where she may be hearing rock and roll music for the first time just crackles with energy. We’ll be seeing more of her next year in the Netflix musical drama television series, THE EDDY, co-starring André Holland (MOONLIGHT; SELMA; TV’s THE KNICK).

Just as the lack of colour is important, music, too, plays a big part in the film. Five versions of the folk song “Two Hearts” (“Dwa serduszka“) can be heard, beginning with a Polish peasant girl singing it for Wiktor and Irena, and ending with a torchy, French version recorded by Zula. The song’s journey is mirrored in the journey that the two characters take.

The film premiered at last year’s Cannes Film Festival where Pawlikowski copped the Best Director award. It was the big winner at the European Film Awards in December where it won in five of the six categories it was nominated in and, not surprisingly, it then picked up three Oscars nominations. But this was the year for ROMA and the film left Hollywood empty-handed. Certainly, in any other year, it would have won the Best Foreign Language Film Oscar too.

Watch the review recorded on Facebook Live on Thursday, April 18th at 8:30 am HK time!