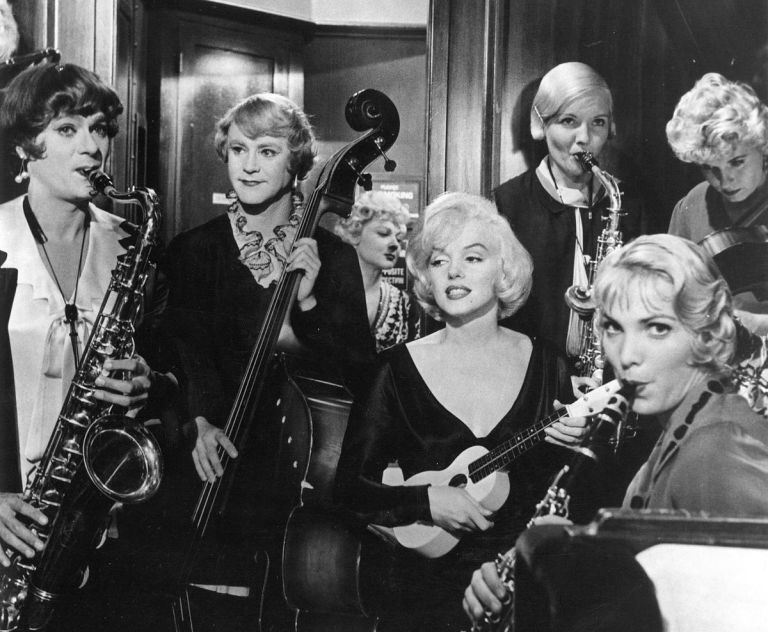 My neighbour’s kids, ages 8 and 6, were flipping through a movie book I have on my coffee table the other day when they stopped at an image from the 1959 classic film, SOME LIKE IT HOT. Pointing to Marilyn Monroe, the older one asked me who she was. “Wow,” I answered. “That was a great movie and she was an amazing movie star.” I went on to tell them that she died very young, which then elicited a whole new set of questions from the kids that I should have expected in retrospect. How do you tell kids, let alone kids whose first language is not English, about the old studio system that pushed its actors to their physical limits and often beyond? I explained it this way: “Her boss wanted her to work very hard so he gave her medicine to keep her awake when she should have been sleeping. Before long, she was taking the medicine every day. When he finally let her go to sleep, she found that she couldn’t. So her boss gave her new medicine that put her to sleep. But then she found that she needed to take that medicine every day too. In the end, she was taking too much medicine and she died. She was only 36.” I hope I didn’t scare the bejessus out of the kids and, just to make sure, I found some clips of Marilyn on YouTube that I’ll show to them the next time they come over. Then they’ll be able to see what an extraordinary talent she was. In the meantime though, I decided to watch SOME LIKE IT HOT again because I hadn’t seen it in ages. Happily, I can say that the humour holds up really well 60 years after the film was released.

In case you haven’t seen it yet, Joe (Tony Curtis, SPARTACUS) and Jerry (Jack Lemmon) are a pair of musicians in a jazz band that performs at a speakeasy in 1929 Chicago. After they inadvertently witness a gangland massacre, the guys find themselves on the run for their lives. When they hear about a gig in Florida with an all-girl jazz band, the guys quickly decide to dress up in drag and pose as Josephine and Daphne to get the job. But their brilliant plan runs into a few snags that begins when Joe falls for the band’s unlucky-in-love ukulele player and singer, Sugar “Kane” Kowalczyk (Monroe).

Co-written (based on a 1951 German remake of the 1935 French film, FANFARE OF LOVE, which had a similar premise) and directed by six-time Oscar winner Billy Wilder (THE SEVEN-YEAR ITCH; THE APARTMENT), SOME LIKE IT HOT is screwball comedy at its finest. Curtis and Lemmon are both fabulous here yakking it up at top speed, though only Lemmon received the accolades from his industry peers, taking home the BAFTA in 1960 for Best Foreign Actor and the Golden Globe that same year for Best Actor in a Motion Picture – Comedy or Musical. It may be that Curtis’ colleagues didn’t like his send up of Cary Grant while he was in his second disguise, that of “Shell Oil Junior”, a rich, single and available suitor for Sugar. (I thought it was quite funny.) In any case, it was Monroe who is the shining star of this trio, lighting up the screen in every scene she’s in. Here she performs three musical numbers including the now legendary “I Wanna Be Loved By You”. Although she wasn’t anywhere nearly as good a singer as, let’s say, Judy Garland, Monroe had sensuality and vulnerability that she knew how to transmit through the camera lens right to the movie screen. Watching her perform, it’s impossible not to fall in love with her and Wilder knew it too, dressing her in a highly suggestive outfit that covered her, let’s call them, “strategic assets” with just enough sequins to keep the censors away but then playing with the lighting and camera angles to put them on full display. Monroe, for her part, played it up by shimmying at just the right moments.

Much has been written over the years about the film’s production problems, particularly revolving around Monroe who had trouble remembering even the simplest of her lines and was filled with insecurity, her drug addiction no doubt being a contributing factor to both. Apparently, after every take she would turn to her acting coach, Paula Strasberg, for approval. It became so disruptive that at one point, according to Curtis, Wilder even turned to Strasberg to garner her opinion before Monroe had a chance to do the same. Yet, when Wilder called “Cut and print”, Monroe had really gotten it right. On the lighter side, although Monroe’s contract apparently stipulated that the film had to be shot in colour, Wilder decided to shoot the film in black & white after seeing how Curtis and Lemmon looked in colour when they were in drag. The men’s heavy makeup gave them a ghoulish (as opposed to girlish!) look and didn’t hide their five o’clock shadows very well. 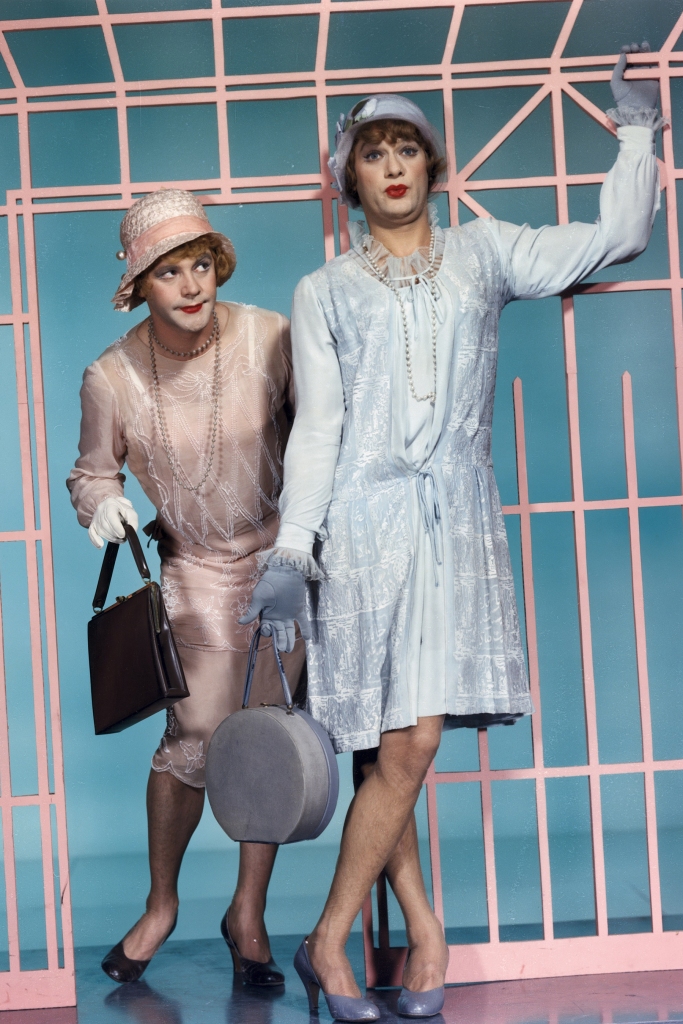 Sixty years on, SOME LIKE IT HOT is about to reach a whole new audience. It was reported last year that a new musical version is heading to Broadway next year with a score by Tony award winners Marc Shaiman and Scott Wittman (MARY POPPINS RETURNS; HAIRSPRAY). Any thoughts as to who might play Joe, Jerry and Sugar on stage? One website is hoping for Zac Efron, Bill Hader and Michelle Williams. Sounds perfect.

Watch the review recorded on Facebook Live on Friday, May 10th at 8:30 am HK time!