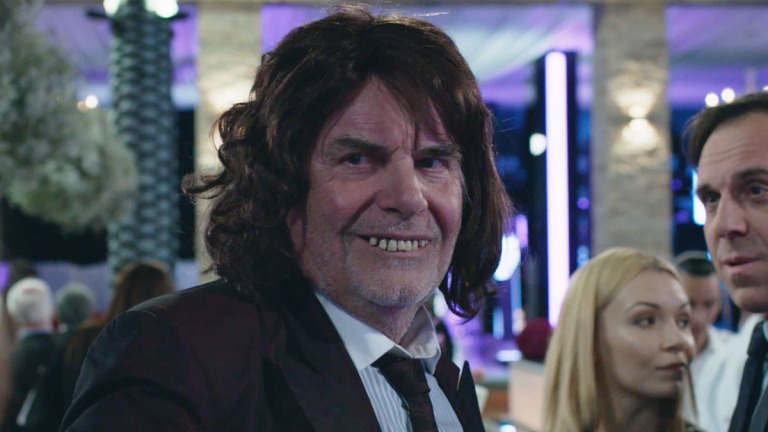 ​Up until a few weeks ago, the film, TONI ERDMANN, was being touted as a shoo-in to win this year’s Best Foreign Language Film Oscar®. But then along came the US travel ban that affected the citizens of seven predominantly Muslim countries, including Iran, and stock in the Iranian film, THE SALESMAN, directed by previous Oscar® winner Ashgar Farhadi, shot through the roof. In case you missed the Oscar® awards telecast the other day (and wow, wasn’t that the surprise ending!), Farhadi took home his second Oscar®. To be precise, someone else took home the award because he wasn’t there. He decided to boycott the event in protest of the ban. Iranian American aeronautical engineer, Anousheh Ansari, accepted the Oscar® on his behalf.

But back to TONI ERDMANN, it’s too bad that it got caught up in the current political climate. It’s a very special and very enjoyable film. It’s special because it’s a quirky comedy from Germany, a country that’s not associated with that particular genre of films. It’s enjoyable because the two main characters — Winfried, Toni Erdmann’s alter ego (Austrian actor, Peter Simonischek), and Ines (German actress, Sandra Hüller) — feel real to us even if the situations they’re involved in are way past the norm.

As the story goes, Winfried Conradi is a retired music teacher who supplements his pension giving private piano lessons. After his last student quits and his old dog dies, he decides to reconnect with his adult daughter, Ines, a corporate strategist posted in Bucharest, Romania, who is back in Germany on a brief home visit. (I wonder who she pissed off at the company to get that assignment.) Winfried, as we learn from the outset, is a practical joker, pranking everyone he meets. Sporting a set of crooked fake teeth and a dishevelled wig, he passes himself off as his sex-offender brother to the package delivery guy who knocks on his door. But Ines, who no doubt grew up with her father’s shtick, is having none of it or him. Unlike her father, Ines is all business, trying to prove to her all-male colleagues that she’s as capable and as tough as — or even tougher than — they are.

With Ines back at work and Winfried bored, he flies off to Bucharest to surprise her but she’s not interested in repairing their fractured relationship and certainly not in Romania. So Winfried dons his trademark teeth and wig, and introduces himself to her colleagues as Toni Erdmann, Ines’, chatty life coach. (To her friends, he passes himself off as the French ambassador to Romania, which they all take in stride even though some of them know the real diplomat. Bucharest must be a place where anything goes.) Toni quickly jams himself into Ines’ life and, whether she likes it or not (and she doesn’t), she has to deal with it.

Simonischek is an absolute riot as the unconventional Winfried/Toni, as Hüller is equally wonderful as the joyless businesswoman who never cracks a smile. (I’d be curious to know how many times they broke character during the filming.) It’s not all laughter in this film though. In one scene at a friend’s house party, Ines breaks into an over-the-top rendition of Whitney Houston’s “The Greatest Love of All” that is both humiliating and poignant at the same time. Try as he may, Winfried/Toni can’t take away Ines’ dignity.

But Toni does, or perhaps Ines takes it away from herself. When she hosts a party for her work colleagues and her boss at her flat a few days later, she welcomes her guests buck naked, telling them that it’s a team building exercise. Surprisingly, many of them are game, adding to the film’s amusement. However, in a final confrontation with her father who arrives at the party in full costume, she has to decide if there a place for him in her life.

At almost three hours in length, TONI ERDMANN, with its slow pacing will be a challenge for most viewers. It was recently announced that Jack Nicholson would star in an American remake of the film. I can’t think of another Hollywood actor would could play Toni better than Jack could but this jury is still out wondering if it will retain the charm of the original. The American version will most certainly be much shorter.