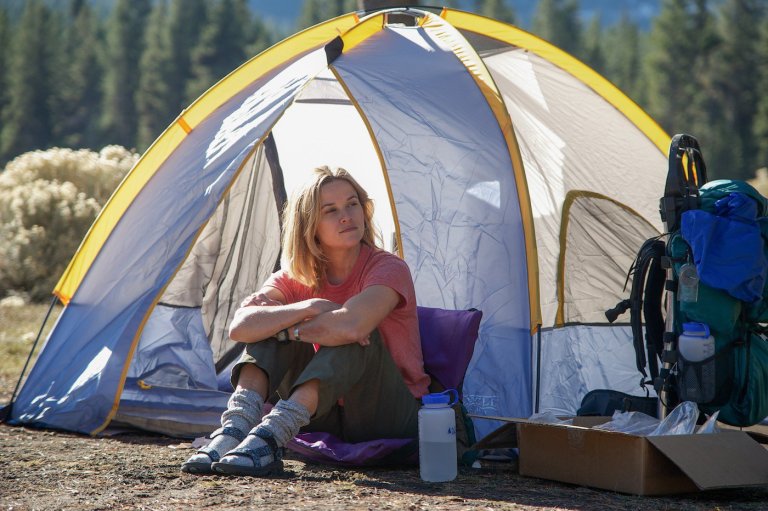 There’s nothing like a walk in the fresh air to clear your head. Whoever gave me that advice was right and I heed it whenever I need to quiet all the noise that’s going on in my life. Someone must have given Cheryl Strayed those same wise words except that she really took it to heart. In 1995, she embarked on a three-month, one thousand-mile trek along the Pacific Crest Trail, starting from California’s Mohave Desert and finishing at Oregon’s Bridge of the Gods, on the border with Washington State. Her story is told in the new film, WILD, produced by and starring Reese Witherspoon.

Following the devastating loss of her mother to cancer, Cheryl turned to heroin and a series of men to get over her pain, destroying her six-year marriage on her way to hitting rock bottom. It was at this point that she decided to “walk herself back to the woman her mother thought she was”. With barely any experience in taking long hikes, she hit the camping store to get kitted out. There is an amusing scene very early in the film where she tries putting her pack on her back. She can’t even lift it because it probably weighs more than she does. I was reminded of my first backpacking adventure to Europe when I was 21. I learned very quickly – and painfully – what one needs to survive in the wild and what one doesn’t. Cheryl has a similar revelation. Another amusing moment comes just a few hours into her trek when she turns back to see how far she has walked. It is barely five miles and already she is exhausted. Been there!

But WILD is not all laughs; in fact, it’s quite serious as we witness Cheryl recalling the events that brought her life to that point. These pop in and out of her consciousness much as they would when there is no one and nothing else to distract your thoughts. We learn that her mother Bobbi (played by Laura Dern, THE FAULT IN OUR STARS) was made of tough stuff. She was a victim of a physically abusive husband and, after she took the kids and left him, she put herself through university. (Here, the movie differs from the real version of events. Bobbi apparently remarried before she went back to school.) In spite of all the curve balls that life threw her, Bobbi kept a positive attitude. During one conversation with Cheryl, she tells her daughter to “find your best self and hold onto it”. Sound advice.

There are times during the hike when Cheryl has to rely on the kindness of strangers – men – to keep going. Given her past addictions, this is something she clearly isn’t comfortable with but she has no choice. The situation forces her to relearn how to trust others and trust herself. As she says in a voiceover, “When it’s just you… you find out what you’re made of.”

Do you like what you’re reading? Why not sign up to receive my movie reviews in your inbox every Thursday or Like my Facebook page? Too much of a commitment? How about commenting below or giving it a star rating?

WILD has been called a “journey of self-discovery” but I would say that in Cheryl’s case, it’s a journey of self-rediscovery. She knew who she was but she forgot, or perhaps the image of who she was got lost in the muddle of a life of sex and drugs. Certainly, a thousand-mile hike is a good place to find either what you’ve lost or what you didn’t know you had.

WILD is a bit of chick flick given the touchy-feely subject matter but it’s well written (by screenwriter Nick Hornby, ABOUT A BOY) and well made (by director Jean-Marc Valleé, DALLAS BUYERS CLUB). Witherspoon, too, puts in a solid performance in what many critics are saying is her best since her Oscar-winning turn in WALK THE LINE. Will she win the Best Actress Oscar? My vote is still with Julianne Moore for STILL ALICE but I do think Laura Dern may pull off an upset by beating out Patricia Arquette for BOYHOOD in the Best Supporting Actress category.